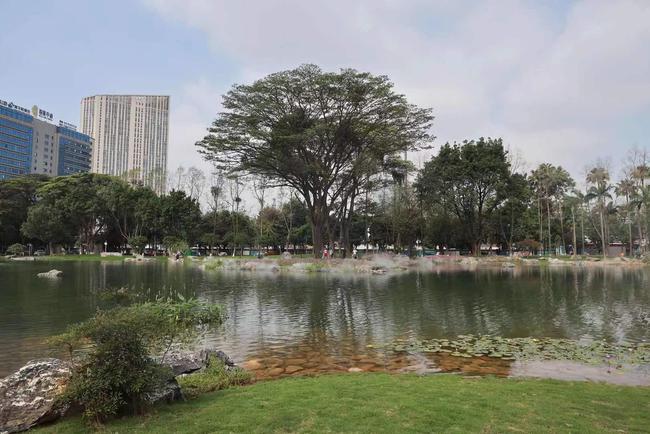 A view of the artificial lake at Huangpu Park.

The 22-year-old Huangpu Park, once plagued with problems such as limited areas for exercise and a lack of landscaping, is taking on a brand-new look after a program of upgrade work.

Officially opened to the public in February 1999, Huangpu Park is the largest park in the old Huangpu area. It covers a total area of 10.3 hectares, with a green area of 85,000 square meters and a water area of 6,051.8 sq m.

To better meet the needs of the public for entertainment, leisure and cultural communication and exchanges, the park, once listed as an important component in the development of Huangpu into a modern port city, was named at the beginning of this year as a model project through which the local government would carry out practical livelihood improvements for the public.

Since March 20, various works have been carried out, including the expansion and reconstruction of the artificial lake, the upgrading of the square, the construction of a greenway around the lake, and park landscaping improvements. 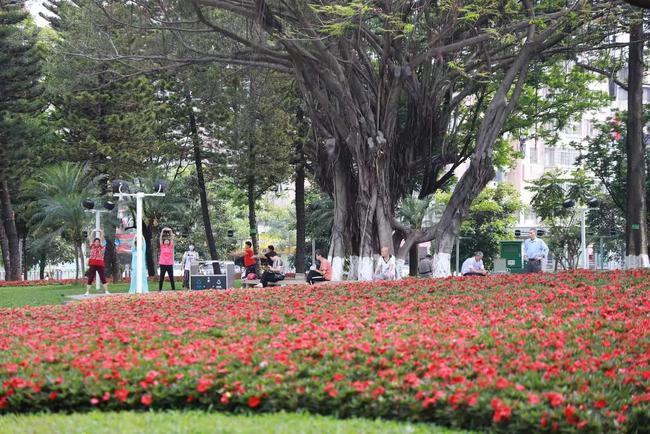 "After the upgrade, the park is a much better place than before. Now a large area of green space has been added, which makes it feel a lot more open, and there is more space for activities," said a senior lady surnamed Huang, who lives in Huangpu.

"To make full use of the park's water resources, we created an artificial lake of more than 10,000 sq m through various methods", said Shan Ningwei, deputy head of Huangpu's housing and urban-rural development bureau.

In the future, a building covering an area of about 1,000 sq m that integrates a service center and a cultural exchange center will also be built by the lake in the central area of the park.