Guangzhou's Huangpu district launched an open system on April 28 to make the entire process of administrative approval transparent to individuals and enterprises. 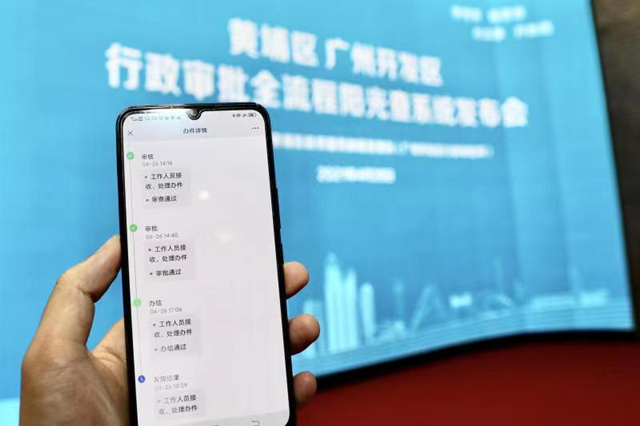 Individuals and enterprises can check the progress of the administrative approval anytime from their cellphone. [Photo by Yang Yaoye/Guangzhou Daily]

In addition, the system will also send messages to inform them of the administration approval process. The time consumed at and people responsible for each step are all accessible on the system, as are the evaluations of individuals and enterprises of the service.

The transparent system will push the government departments to streamline administration approval procedures under the supervision of the public. It is of great importance to the improvement of local government work style.