The entire Guangzhou-Foshan-Zhaoqing Expressway opened to traffic on April 25, offering one more option for people traveling from Huangpu district to the Guangxi Zhuang autonomous region.

Spanning 224 kilometers, the expressway is comprised of the 174.9-km Dawang-Jiangkou section and the 48.7-km Shijing-Dawang section. The former opened in 2016, while construction of the latter was conducted over three phases. 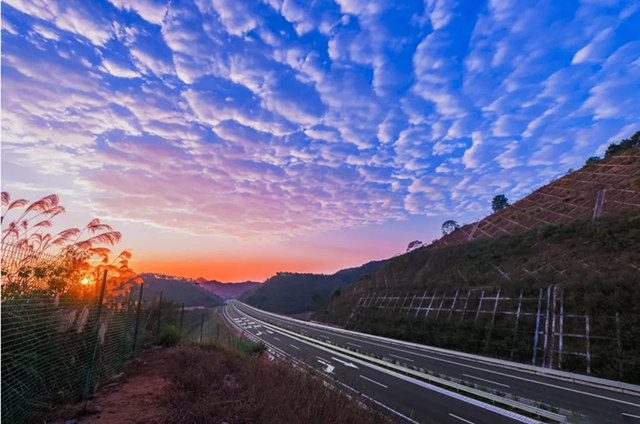 The entire Guangzhou-Foshan-Zhaoqing Expressway opens to traffic on April 25.

The first phase, which stretches 16.7 km from Lishui to Guanyao interchanges, opened in 2019. The 23.9-km second phase consists of a section from Guangzhou to Lishui Interchange and another from Guanyao Interchange to Sanshui Chengxi Station. Since it came into operation last year, Huangpu residents can reach Foshan directly without traversing the Shabei Interchange. The 8.1-km third phase from Sanshui Chengxi Station to Dawang opened on April 25.