Four schools in Guangzhou's Huangpu district have been selected as part of the second group of "Guangdong Primary and Secondary Schools for the Inheritance of Excellent Chinese Culture".

Guangzhou No 86 Middle School launched a calligraphy studio in 2013 and students can sign up for the course based on their interest. It and another entry, Guangzhou Yuyan Middle school, have both offered Lingnan dance courses since 2017. 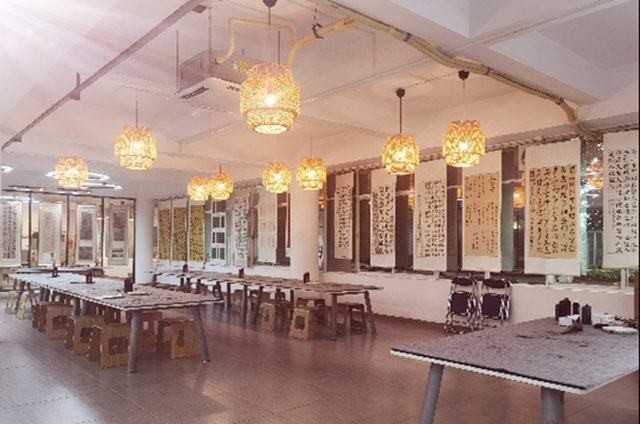 Guangzhou No 86 Middle School launches a calligraphy studio in 2013.

Huangpu Shenjing Primary School signed a cooperation agreement with Guangzhou Plaster Moulding Culture Industry Research Institute to bring plaster mouldings into classrooms in 2016, and the president of the research institute set up a studio in the school in 2019 with 15-17 lessons offered each semester.