Guangzhou's Huangpu district was rated 9th among China's top 100 districts in 2020, according to a white paper on high-quality development of Chinese urban districts released by CCID Consulting on Sept 10.

The report evaluated 898 Chinese mainland districts (except those of municipalities) across indexes such as economic strength, internal driving force, as well as consumption vitality. 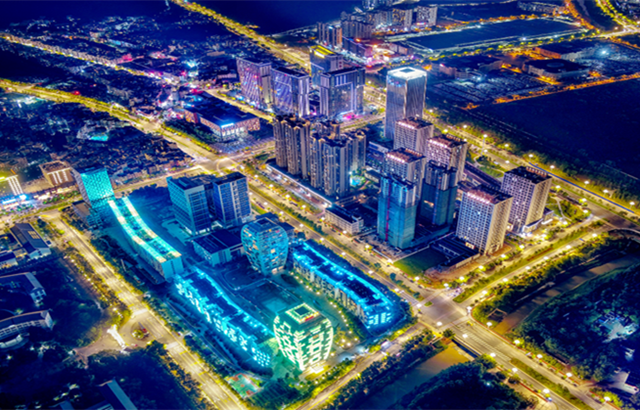 Of particular note, the district tallied a year-on-year increase of 4.6 percent in GDP in the second quarter of this year despite the negative impact caused by the COVID-19 pandemic. Its local GDP in the first half of this year was 159.53 billion yuan ($23 billion).

There are now more than 200,000 market entities in Huangpu, of which 196 are invested in by world top 500 enterprises and 3,855 are above designated size. The district is home to 60 listed enterprises, with a total market value of over 1 trillion yuan.

In addition, hordes of new projects have also been attracted to the district due to its attractive business environment, comprehensive support policies, and efficient administrative services. Among them, there are a number of high-quality projects, such as those invested in by Chinese tech giants Tencent, Baidu, and Alibaba.