A total of 200 mediators have been recruited, of which 160 are from the Chinese mainland, 28 are from Hong Kong, and 12 are from Macao. Their professions cover university professors, lawyers specializing in handling foreign-related matters, and professional mediators. 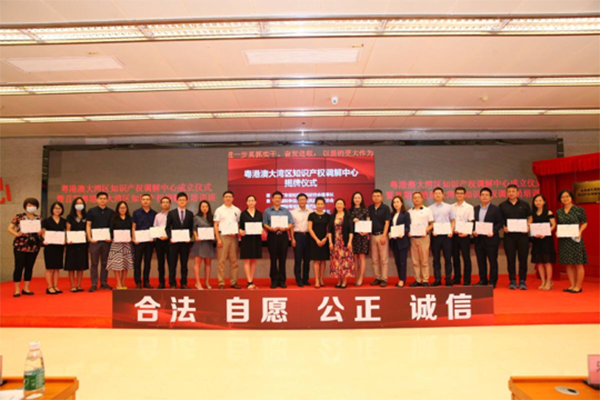 The mediators of the IPR Mediation Center of the Guangdong-Hong Kong-Macao Greater Bay Area.

Around 60 of these mediators received training on site after the plaque unveiling ceremony, while the others underwent training online.

In the future, the Huangpu bureau of justice will explore the use of a judicial confirmation system in the IPR mediation of the Greater Bay Area to increase the credibility of reconciliation agreements.