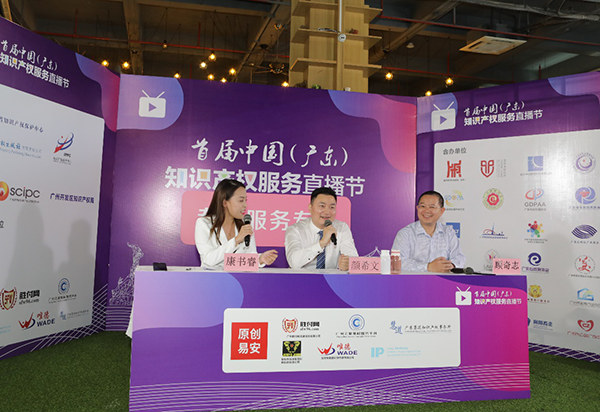 The first live streaming festival on intellectual property in Guangdong province kicks off in GDD on June 3.

The first live streaming festival on intellectual property in Guangdong province kicked off in Guangzhou Development District (GDD) on June 3.

The main venue of the event in GDD has organized live streaming in four subjects from June 3 to 4, namely patent service, copyright service, trademark and geographical indication service, as well as intellectual property comprehensive service. The event also took place in the three sub-venues of Beijing, Foshan, and Jieyang on June 5.

GDD is the only area in China that has gained approval from the State Council to carry out pilot comprehensive reform on IP application and protection.

The festival was expected to cultivate more popular IP and IP service institutions with great influence on the internet, as well as turn GDD into an influential hub for IP development.

During the event, gift packages were also sent by the aforementioned four companies, such as discount cards, free consultations, and presents.