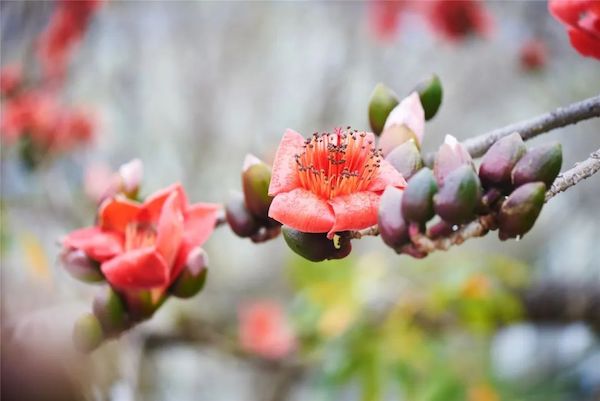 The two big kapok trees at Nanhai God Temple are considered to be the most famous of its kind in Guangzhou. The branches spread out cover nearly half the temple. 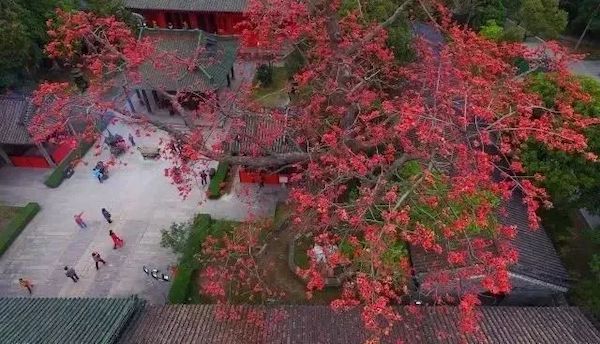 The kapok flowers at Nanhai God Temple look like a rosy cloud from a distance. [Photo by Zhuang Xiaolong]

The civic park in Huangpu, which boasts the most kapok flowers in the district, has attracted a large number of visitors in the spring. 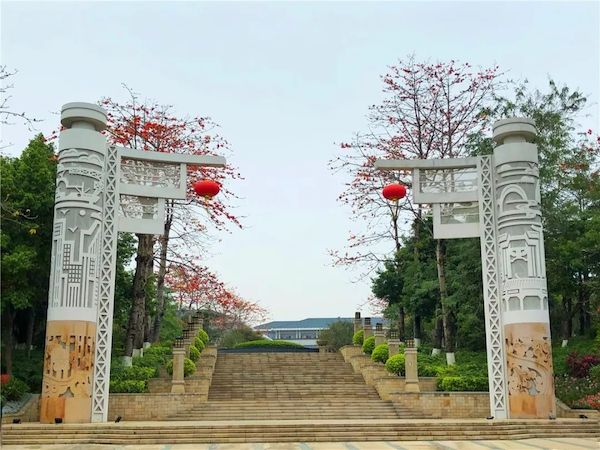