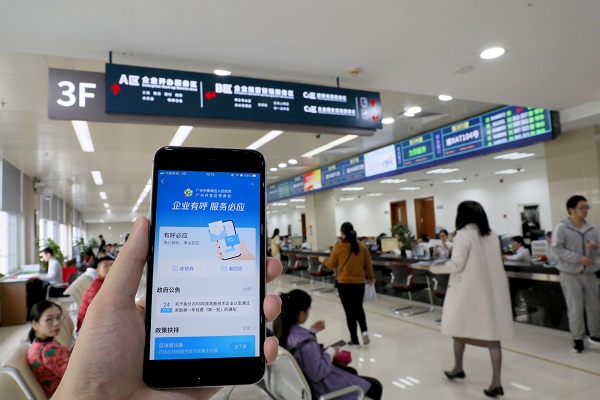 Yue Shang Tong, an online government service platform for companies, was established in August 2019 as a significant part of Guangdong's reform for a "digital government".

Being the first pilot zone in Guangdong province to carry out business environment reform, Huangpu district has taken the lead in setting up a special section on Yue Shang Tong, expecting to promote local business environment and make Huangpu one of the best choices for investment and development in the world.

The launch of the special section is considered an innovation in integrating internet with government service.

Huangpu section on the platform gives full play to technologies such as big data analysis, offering convenient services spanning settling in, political support and complaints for market entities registered or becoming registered in the district.

Users only need to log in the special section to handle affairs of different government departments without logging into separate government websites, saving both time and expense for companies.

Relevant services such as company registration, opening of bank accounts, declaring invoices and social security registration can be handled on the mobile terminals.