Guangzhou International Tennis Center is located in Guangzhou Science City, which has many industry clusters and a good environment. The venue was completed on July 15, 2009. It is one of the largest tennis centers in South China, and is situated to the south of Jianta Mountain, in the front of the Sports Park and the hillside bicycle lane, and to the west of Kaitai Avenue, and to the north of Yingri road. It is close to Metro Line 6, so access is convenient. 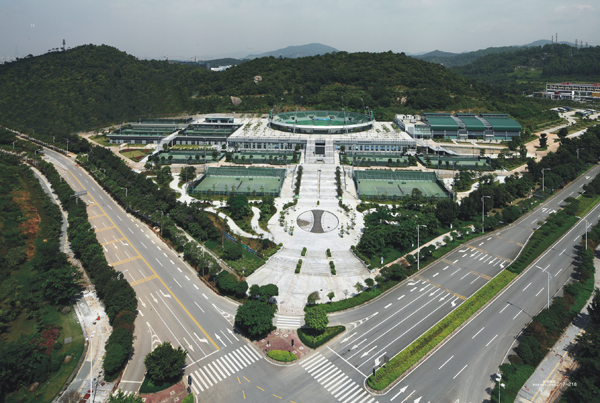 The venue has a land area of about 120,000 square meters, with a 5,000-seat central court, nine standard outdoor courts, three standard indoor practice courts, and two courts on the east side which accommodate 2,000 seats. Each of the other standard stadiums can accommodate 250 people. It is a national Grade A sports building which can be used for various large-scale international tennis competitions and competitions of various industries, institutions and groups, and training of association members and campus tennis teams. The 2009 and 2010 WTA Open Tennis Championships, the 2010 and 2011 ITF Youth Tennis Tournament, and the 2011 semi-final and final of the Guangzhou & Guangxi Division of the ATP Challenger Tour were successfully held here.