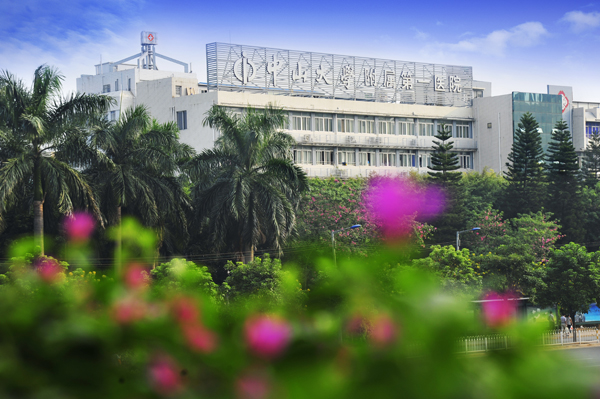 East Branch of The First Affiliated Hospital, Zhongshan (Sun Yat-sen) University is an upper first-class general hospital integrating medical treatment, teaching, scientific research, prevention, and health care. In 1995, it passed review as a national baby-friendly hospital; in 1998, it was designated as a Baijia Civilized Hospital and has been rated as an advanced hospital of the city and of the district many times. In 2002, it became one of the first designated hospitals for medical insurance in Guangzhou, and was repeatedly rated as an advanced hospital for urban workers' basic medical insurance services in Guangzhou.

The East branch has nearly 600 beds available and nearly 1,000 employees, including more than 300 experts with intermediate and senior professional titles. It treats 700,000 patients in the outpatient/emergency clinic and over 17,000 inpatients annually. The hospital's Organ Transplantation Department, one of the first pilot specialized organizations for organ donation in China, has processed 100 cases of Chinese citizens' organ donations and nearly 300 transplant surgeries since it opened in July 2011. The hospital's Department of Cardiovascular Medicine is equipped with CCU, non-invasive cardiovascular testing, and the only large DSA-applied cardiac catheter center in eastern Guangzhou. The hospital's Department of Gastroenterology created a Liver Diseases Treatment Center and one of China's first fatty liver outpatient services, and offers a distinctive technology of painless gastrointestinal endoscopy. At the same time, the hospital also proactively established a critical maternal care center and a critical child care center for corresponding treatment in Huangpu District, Zengcheng District, GDD and some parts of Tianhe District, also with pioneering enuresis specialist service and the advanced treatment of childhood leukemia. On top of that, it boasts the department of orthopedics comprised of upper limb orthopedics (including microsurgery), lower limb orthopedics (including traumatic bone, bone tumors, bones and joints) and spinal surgery, the earliest comprehensive intensive care department in eastern Guangzhou with advanced treatment of multiple organ failure, and the strongest and largest neurology specialist service in eastern Guangzhou with professional stroke diagnosis and treatment. Treatment centers for radiation encephalopathy, hepatolenticular degeneration, neuromuscular diseases, to name a few, are also included.