Guangzhou's Huangpu district has launched a series of measures aimed at encouraging local employees to stay put during the Spring Festival holiday in line with epidemic prevention and control requirements.

It has been a 24-year tradition for Huangpu to host an evening gala for migrant workers who stay in the district during the Spring Festival holiday. This year, the gala will be moved online for the first time, and will feature various cultural and artistic performances. 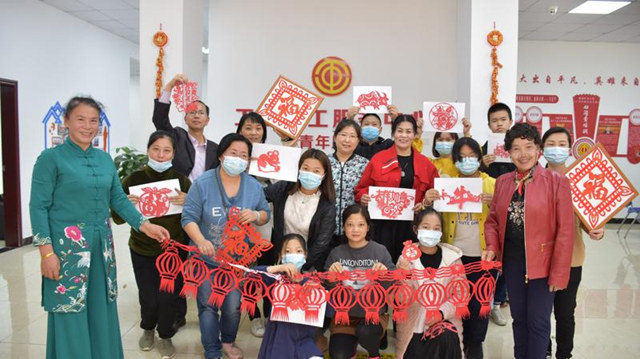 Huangpu will organize a bevy of activities for employees that stay in Huangpu during the Spring Festival. [Photo/Guangzhou Daily]

In addition, the Huangpu Federation of Trade Unions will give out 10,000 film tickets and 20,000 5G double-decker tickets to enrich the workers' holidays.

Many local enterprises will offer incentives to employees that stay in Huangpu and avoid necessary travel and mass gatherings. Carl Zeiss Vision China, for instance, will issue an award of 2,000 yuan ($309), while Mars Wrigley Confectionery (China) has prepared gift bags of Spring Festival commodities.