Huangpu district was rated first in terms of high-quality development and business environment, according to the 2020 Guangzhou Urban Governance Rankings released by Southern Metropolis Daily on Nov 16.

It is the first time that Huangpu has topped the ranking for high-quality development with outstanding performances in economic strength, scientific and technological innovation, as well as key projects. Not only does the district lead Guangzhou in foreign trade volume, but it also houses nearly one third of the listed enterprises in the city. 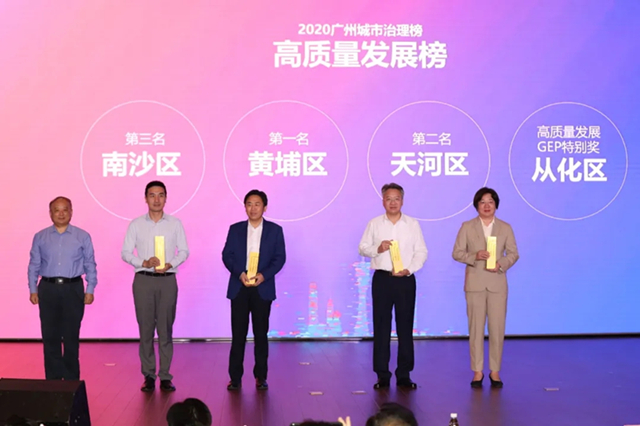 The initiative of the Huangpu district procuratorate to establish an intellectual property protection alliance was selected as one of the top 10 cases for reform and innovation.