With an investment of 11 million yuan ($1.6 million), Guangzhou's Huangpu district has made use of the idle or cornered land resources to build three pocket-sized parks this year.

One such park under construction in Huangpu will cover 14,000 square meters off East Xinyang Road. It will feature a Lingnan-styled (Cantonese-styled) pavilion, a stone arch bridge, an archway, and decorative stones, while highlighting a sponge city concept. Visitors can admire flowering trees and shrubs, as well as aquatic plants in the park. 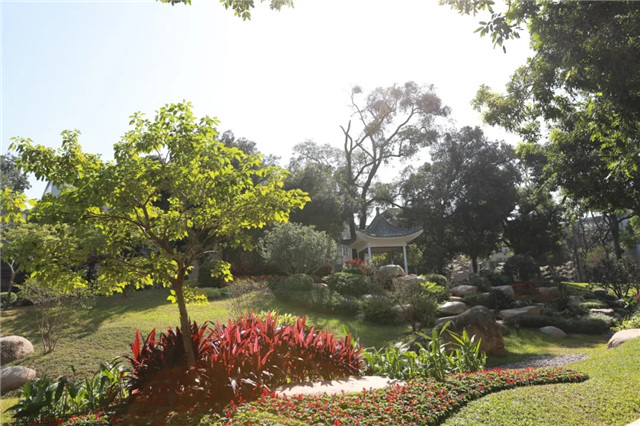 Another pocket-sized park is being built near East Dasha Road Metro Station. Occupying 9,000 sq m, the park will have a green area of 6,000 sq m, a leisure pergola, a 20-meter sightseeing wall, and ornamental rocks. 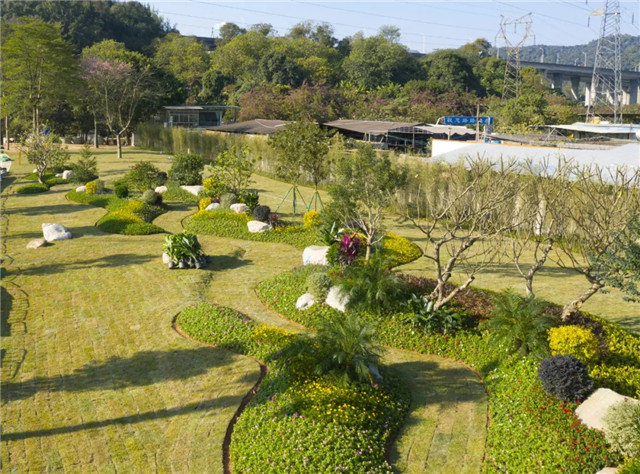 The third park will cover 4,700 sq m east of West Hongli Road in Miaotou village. It will be planted with tabebuia chrysantha and waxberry trees based on the terrain and original ecological resources. 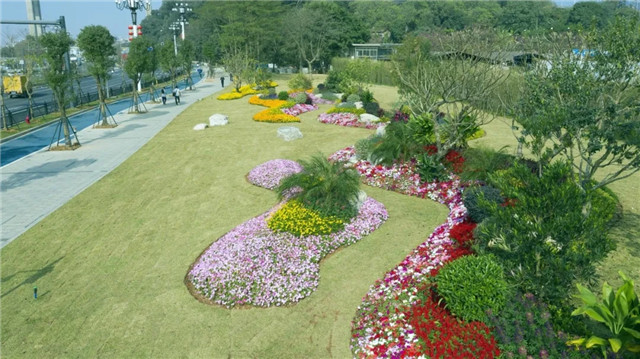 Construction of the three parks has been roughly completed, with benches and recreational facilities to be completed in December.