Longhu in Guangzhou's Huanghu district became the first subdistrict in South China to use 18-ton driverless sanitation vehicles on the streets on Sept 8.

The driverless sanitation vehicles were developed by Guangzhou Autowise.ai Co Ltd. They can automatically emerge from hibernation, identify and avoid obstacles, locate garbage in side areas, dump trash, pull over and shut down after work.

According to Li Jing, the general manager of the developer, the vehicles have more than 20 different types of sensors – including laser radar, cameras, millimeter-wave radar and ultrasonic radars – which allows for a rapid response in milliseconds in case of emergencies. 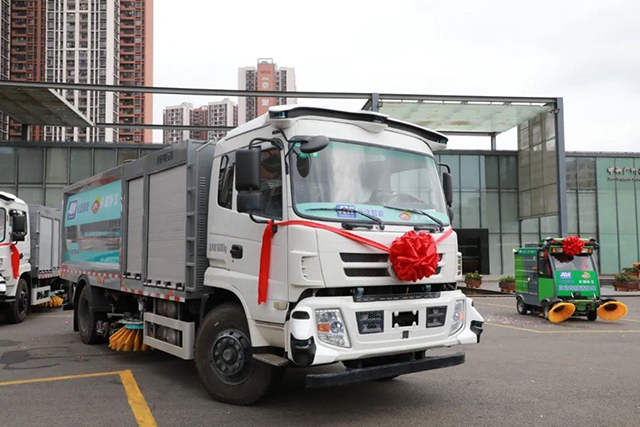 There are now eight driverless sanitation vehicles – four large and four small – in trial operation in roads surrounding Phenix Lake, Chuangxin Avenue, Tenglong Avenue, Jiulong Avenue, Fourth Shijing Road and Ciji Road. Each of them has a member of staff on board to ensure safety.

Longhu subdistrict administers 14 villages and communities that produce about 40 tons of household waste daily. The use of such vehicles, which can work for up to 16 hours per day, can largely save labor costs for environmental sanitation.