The Department of Culture and Tourism of Guangdong Province released the first batch of tourist routes themed on the culture heritage of the Guangdong-Hong Kong-Macao Greater Bay Area (GBA) in Guangdong province in June, of which two of the routes included tourist attractions in Guangzhou's Huangpu district.

The second route connects many of the most representative cultural relics of the Maritime Silk Road, such as Nanhai God Temple in Huangpu.

Being the starting point of the Maritime Silk Road, Nanhai God Temple is the greatest and best preserved of China's four sea god temples. It played an important role in foreign transportation and trade, as well as witnessed many historical moments in those areas. 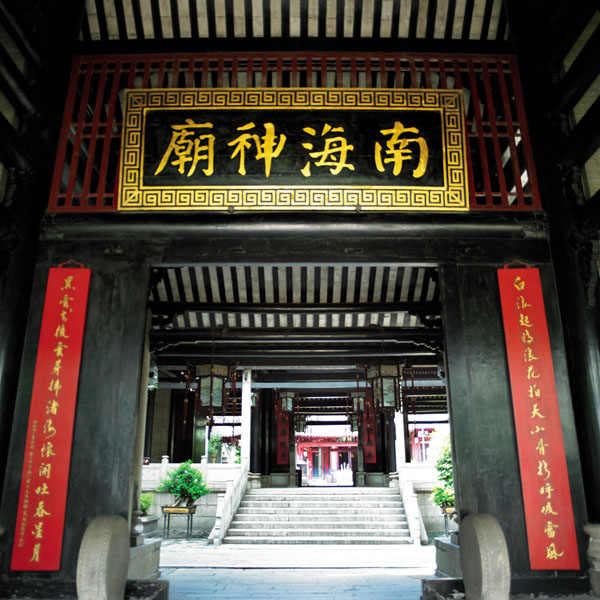 Nanhai God Temple is the starting point of the Maritime Silk Road. [Photo/chinadaily.com.cn]