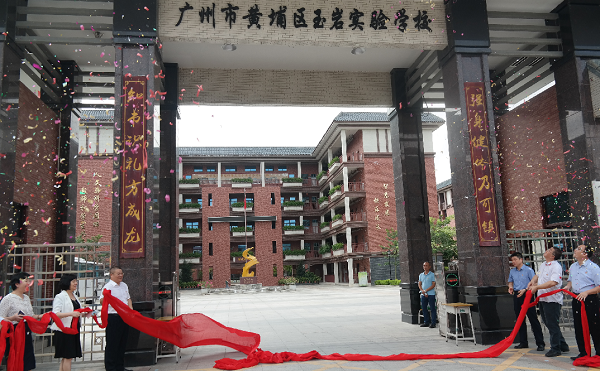 Huangpu has invested 200 million yuan ($28.31 million) for the construction of modern facilities in Yuyan school, such as teaching buildings, libraries, music halls, and swimming pools. The new canteen in the school is able to hold 1,400 people at the same time, while the dormitories can accommodate 1,700 students.

Huangpu Knowledge City High School, which was the former north campus of the Foreign Language School of Guangzhou Development District, is located in Longhu community. It has now opened 12 classes.