The Development Plan of the Hydrogen Energy Industry in Guangzhou (2019-2030) was approved at an executive meeting of the Guangzhou municipal people's government on June 24, Nanfang Plus reported on June 24.

According to the plan, Guangzhou will strive to establish itself as a hydrogen energy hub in southern China with a complete industry chain. It will also serve as a hydrogen energy R&D and design center, an equipment manufacturing center, a test center, a market operation center, as well as an international exchange center in the Guangdong-Hong Kong-Macao Greater Bay Area. 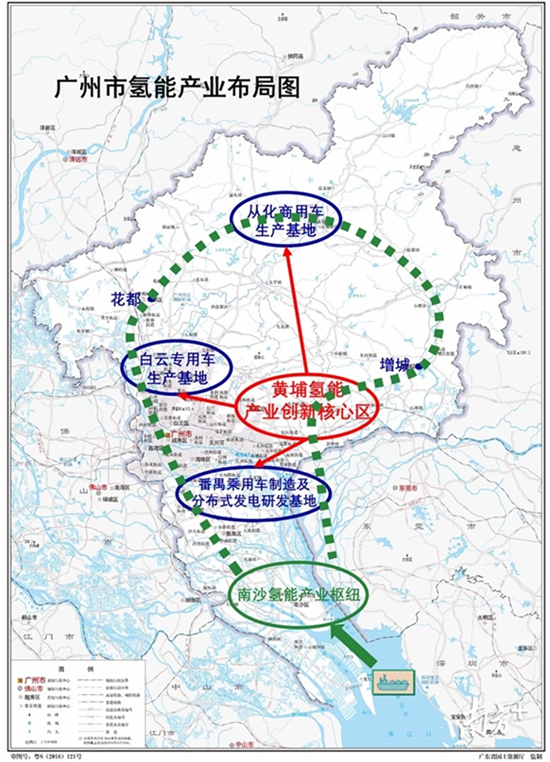 The layout of Guangzhou's hydrogen energy industry. [Photo/Nanfang Plus]

To realize that goal, the development plan includes a list of key tasks related to industrial chains, associated infrastructure, test and certification systems, talents, innovation development platforms, as well as financial services. About 50 key projects and 50 hydrogen refueling stations are also planned in the near term to propel scaled development of the industry.