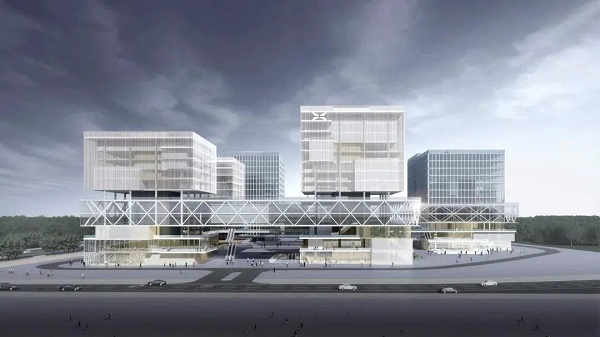 The design sketch of Xpeng's innovation center for smart manufacturing in Huangpu.

Guangzhou-based electric vehicle start-up Xpeng Motors plans to invest more than 1 billion yuan ($141.3 million) in China-Singapore Guangzhou Knowledge City (CSGKC) in Huangpu district, with the construction of projects having started in late May.

The innovation center for smart manufacturing that Xpeng is building in CSGKC covers an overall area of 64,000 square meters. The first phase of the project will cover about 35,500 sq m, with a building area of around 70,000 sq m.

A testing center will also be built to meet demands in the research and development of products. Large laboratories are also planned to be built in areas such as automatic driving and smart network connections.

"The establishment of the company's project in Huangpu will further promote the strategic cooperation between the company and Guangzhou," said He Xiaopeng, CEO of Xpeng.