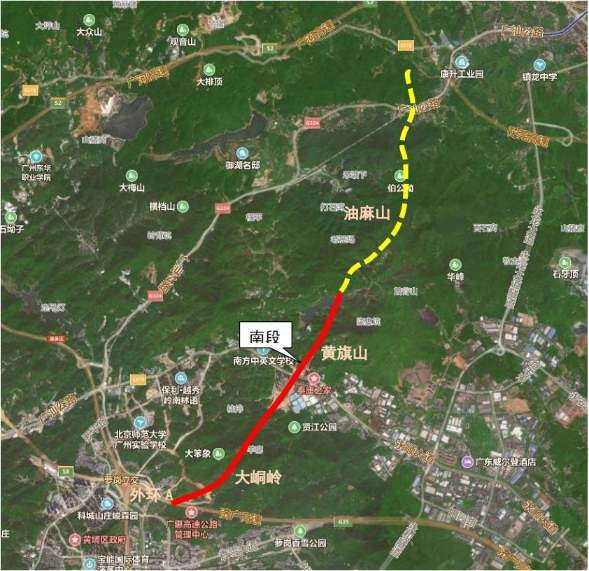 The design sketch of the expressway linking Guangzhou Science City and CSGKC in Huangpu. [Photo/Guangzhou Daily]

An expressway will be built to link Guangzhou Science City and China-Singapore Guangzhou Knowledge City (CSGKC) in Huangpu district, according to the biddings for engineering survey and design that started on June 6.

The whole expressway will stretch for 11.3 kilometers and is designed to be a two-way six-lane road with a designated speed of 60 km per hour.

It is expected that the operation of this expressway will deal with the inconvenience in transportation between the north and south parts of Huangpu, making great contributions to the overall urban environment improvement of Huangpu.