Guangzhou Development District (GDD) has signed cooperation contracts with Baoneng Group for a series of major industrial projects on April 18, bolstering the development of GDD.

"We've been preparing for these projects for about two to three years and our determination in setting up projects in GDD is not influenced by the outbreak of the novel coronavirus (COVID-19)," said a person in charge of Baoneng Group.

The person added that the group has confidence in the future of the Guangdong-Hong Kong-Macao Greater Bay Area and is aiming high on the cooperation between the group and GDD.

The group has invested in three automobile projects in GDD, including a production base for mid- and high-end brand cars and new energy vehicles. The three projects will form the international smart manufacturing and innovation center.

The production base was invested in by the group for Qoros, a joint venture between Chery Auto and Israel Corp. It covers an overall area of 1,500 mu (100 hectares) and the first phase of the base is expected to finish construction of the main structure by the end of this year.

The center will contribute to the formation of the industrial cluster at the 100-billion-yuan ($1.41 billion yuan) level in GDD for new energy and new materials, as well as the smart manufacturing industry.

A development fund for the biosafety industry of 100 billion yuan at the first phase will be set up in GDD, being the first of its kind in China. The fund will cover all areas in the biosafety field and carry out investment layout in areas, such as biomedicine, medical devices, stem cells and regenerative medicine, precision medicine, in vitro diagnosis, as well as detection. 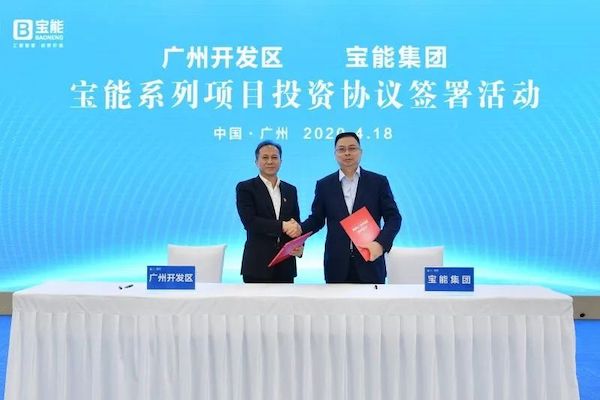 GDD signs cooperation contracts with Baoneng Group for a series of major industrial projects on April 18. [Photo by Jia Zihao] 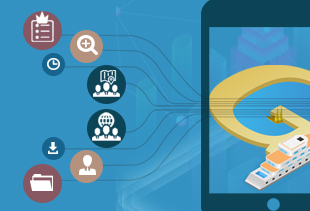