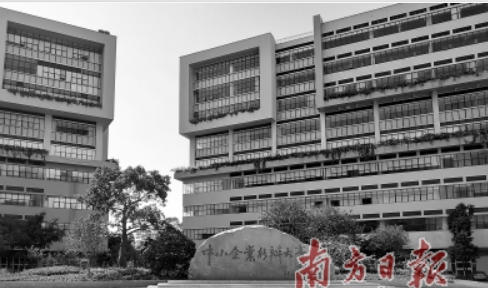 A group of high-tech private companies involved in cutting-edge technologies such as 5G, autonomous driving and chips are leaders in their market sectors.

Guangzhou Hi-Target Navigation Tech Co is one of the typical representatives. In May 2018, it released its homegrown radio frequency chip Hengxing-1, which can be used for signal reception and transmission by Beidou-3 satellites.

The chip adopts a highly integrated design and will be effectively applied to unmanned driving.

It broke the monopoly of foreign technologies and has been applied in autonomous high-precision positioning equipment.

Guangzhou Haozhi Mechanical and Electrical Co, a domestic leader in its industry, has built an intelligent plant using 5G, the internet of things, big data and artificial intelligence.

Its production efficiency increases by 50 percent, the defect rate in processing is reduced by 60 percent, and the production cycle is shortened by more than half.

Statistics show that in the first three quarters, the growth value of the private economy in Guangzhou reached 700 billion yuan ($99.68 billion), up 7.1 percent year-on-year.

Marubi, a Guangzhou-based cosmetics company was listed on the stock market on July 25 with each share priced at 20.54 yuan. On Sept 12, the price went up to 56.25 yuan, bringing the company’s market value to 22.5 billion yuan.

"This reflects the market's recognition and confidence in our enterprise," said Zhuang Xinmei, general manager of Marubi, adding that the listing of the company not only injected sufficient funds for future development, but also standardized its operation, which is conducive to long-term and stable development.

According to its deputy general manager Nian Huiqing, the system can measure hundreds of pollutants in one second, and key pollution enterprises and their internal key pollution sources can be precisely located.

Zhou Zhen, chairman and chief scientist of Hexin, has been leading a team to make technological breakthroughs since 2004. About 30 percent of its profits are invested in research and development.

It has grown into the only homegrown brand in the high-end mass spectrometer market in China.

Kong Xiangyi, founder of a Guangzhou-based network technology company called Quwan, said his company received down-to-earth support from the government, which offers them a strong sense of security.

He said the company received subsidies totaling more than 100 million yuan last year and the amount is expected to double.

As the company scales up, it will enjoy more preferential policies, Kong said.

The company, founded in 2014 with only six employees, now has more than 600 employees and obtained 115 software copyrights and 42 invention patents.

Guangzhou has issued a raft of policies and measures to support the SMEs. A leading group led by major municipal government officials was launched to guide the economic development in the private sector.

Li Zhijian, head of the Asia-Pacific Innovation Economic Research Institute of Guangdong,said the city offered a full-circle service system for SMEs in the private sector at a forum on high-quality development of SMEs in Guangzhou on Nov 15.