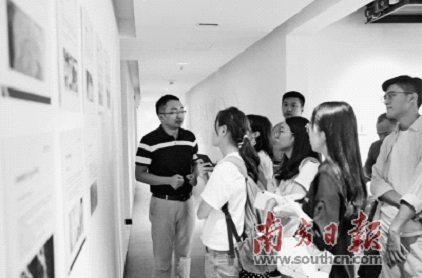 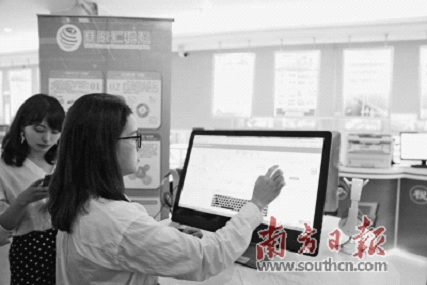 Young people learn about preferential policies on taxation for entrepreneurship in Guangzhou. [Photo/southcn.com]

“I come from Hong Kong and I am 28 years old. After completing my study abroad in 2015, I started my business in Guangzhou,”said Sunny Ng, founder of a sci-tech company.

"First, the mainland has an advantage in cost for Hong Kong and Macao start-ups; second, I noticed that the government promulgated good policies such as Twelve Policies for Scientific Innovations; third, the Internet industry in the city develops faster than others and the market has great potential," he gave as his reasons for starting his business in Guangzhou.

The taxation authorities join in rolling out measures supporting the innovation and entrepreneurship of Hong Kong and Macao youth.

According to Ouyang Longzheng, an official from the Office of the Guangdong- Hong Kong-Macao Greater Bay Area (GBA) affairs in Guangzhou’s Huangpu district and the Guangzhou Development District, the local taxation bureau signed an MOU with a youth innovation and entrepreneurship promotion association to offer better services to young people in the GBA.

The district offers an area of 3,000 square meters for young people in Hong Kong and Macao to innovate and start businesses, in line with the local government’s preferential policies on subsidizing their rent, accommodation, and transportation.

There are 12 start-ups in the district founded by Hong Kong and Macao youth.

Deng Zhidong, deputy general manager of a tech firm, said that the base where Ng’s company is located is home to many enterprises in the industrial internet and IAB (next generation of information technology, artificial intelligence, and biological medicine) industries.

Huangpu and GDD launched the province’s first business environment reform bureau, making Guangzhou the pioneer in that regard among the four Chinese mega-cities of Beijing, Shanghai, Guangzhou and Shenzhen, Ouyang noted.

Statistics show that Huangpu and GDD were home to more than 2,000 high-tech enterprises, filed 29,203 patent applications and were granted over 10,000 patents by the end of 2018.

An initiative to financially assist the application for patent licenses in the GDD has become the country’s first securitized product of intellectual property to be listed on the Shenzhen Stock Exchange.

Its sponsors selected 11 small and medium-sized technological enterprises from the non-public sector of the economy and used their license fees for patents as the assets underpinning issuance of securities on the exchange.

The assets include 103 invention patents and 37 utility model patents. The scale of securities to be issued this time is 300 million yuan ($ 42.6 million).

In addition, the local taxation authorities have streamlined administrative procedures for enterprises and improved their services with the help of the internet.