The sub-forum of the 2019 IAPH World Ports Conference on Integration and Development of Bay Area Ports and Cities was heldin Guangzhou's Huangpu district on May 9. 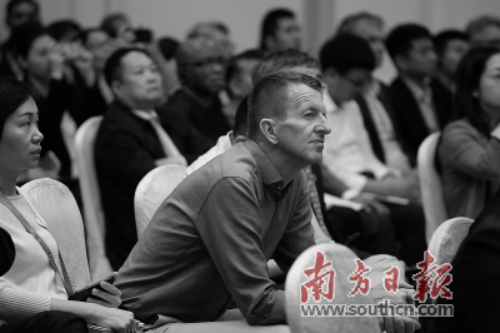 The development of port infrastructure and the improvement of the living environment are becoming the consensus of the world's important ports. "We must put people first and attract private investment to build infrastructure. We can development industrial ports and cities at the same time," said Eric Kalis, director of marketing for the Port of Los Angeles."We must achieve the common environmental friendly and sustainable development of ports and cities."

"The management of main body of ports is very important," according to Taishi Yamamoto, the Director of the Port Administration of Japan's Ministry of Land, Infrastructure, Transport and Tourism, who was introducing the development of Tokyo Bay and expressing the importance of urban management in port development.

He said the Japanese government has formulated a policy for coordinated development of ports for Tokyo Bay, which clarified the development directions and positioning of its six ports. Since 1967, the development plan of the Port Alliance has been updated four or five times, and legal norms have been formed. These policies are dedicated to the functional shaping of the industry of port cities; for example, Yokohama Port is used for logistics support.

The "cooperative development" strategy of Tokyo Bay provides a reference for the Greater Bay Area with its abundant waterways and numerous ports. Su Weiwen, Under Secretary for Transport and Housing of HKSARG, said: "Hong Kong is cooperating with other ports in the  Greater Bay Area in various fields, especially the integrated development of intellectual property protection.”

Su pointed out that Guangzhou and Shenzhen are the manufacturing centers in South China. In such a port area, Hong Kong is a perfect partner to provide high value and value-added services to the Mainland. At the same time, more than 8,000 large vessels transport goods in Hong Kong, which will promote the international development of production and trade.